Yesterday we decided on a less Mediterranean, perhaps more wintry, recipe for our mussels. I cooked a sliced onion and leek slowly in some olive oil until they had softened, adding some lardons (small pieces of salted bacon) and chopped garlic for the last five minutes and then stirring in a couple of large spoonfuls of crème fraiche, while the mussels cooked separately in a glass of white wine until they had all opened. I added some of the cooking liquid from the mussels (a mix of wine and the water that comes out of them when they’re cooked) to the onion, leek and cream mixture and mixed it in well. Then I put the mussels in large bowls and poured the leek and onion sauce over them. Even though I’d bought the smaller mussels, they were still nice a plump for this time of year: 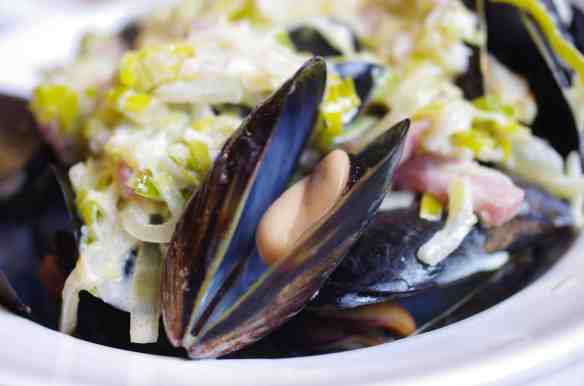 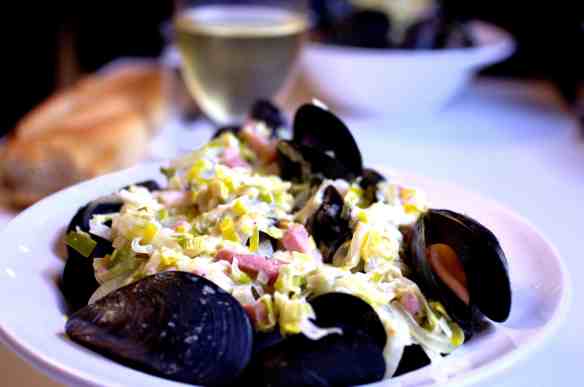 As some kind people are asking about it, I am working on a book of mussels and other shell fish recipes, when the rest of life doesn’t get in the way. Readers of this blog will be the first to hear when it’s ready!

9 thoughts on “Mussels with onions and leeks”