Somehow a whole week has passed since I last posted on this blog and during this time spring carried on its one step forwards, two steps backwards progress, still feeling cold at times but with enough sun – and plenty of rain – to keep the plants growing well. In the garrigue some of the wild flowers are already passing their best. Wild garlic: 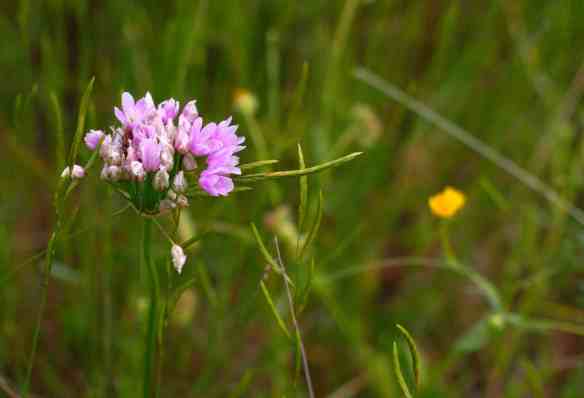 and wild salsify – I think I’ve posted a photo of this beautiful star-shaped flower before but I’m doing so again because this is probably the last one I’ll see this year. 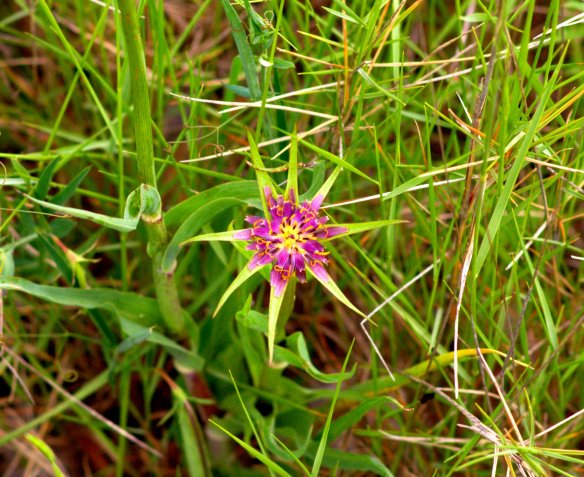 In the garden, our big purple iris is almost embarrasingly big and purple: 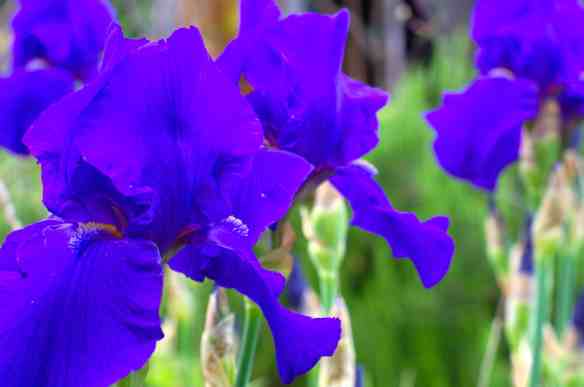 and the white cistus – my favourite of the cultivated cistuses – is flowering, its delicate flowers lasting only a day at a time before being replaced by others waiting to burst out of their buds: 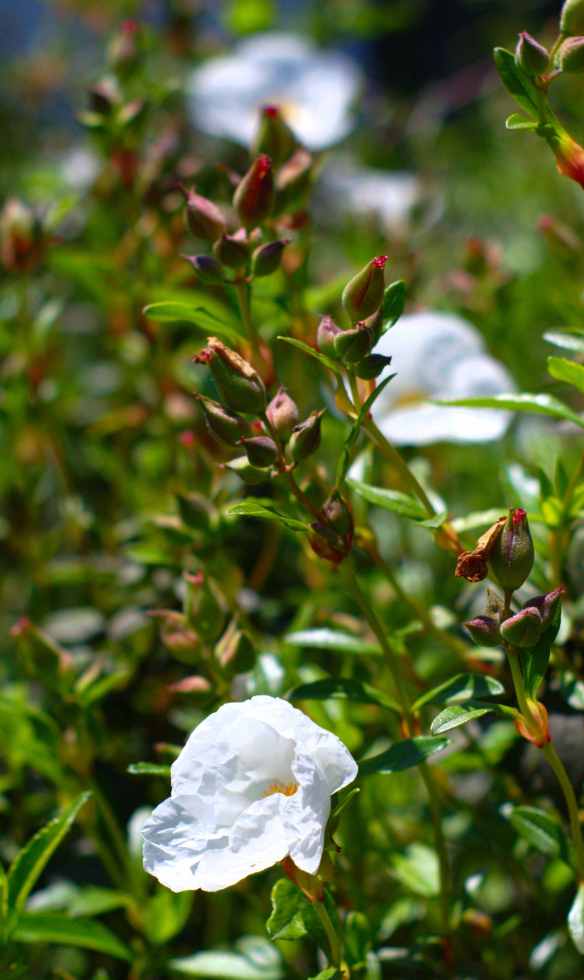 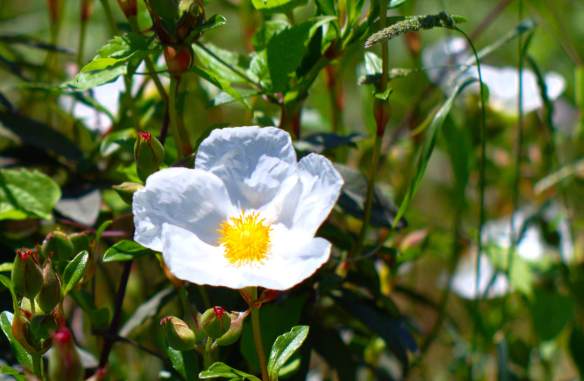 We’re thinking ahead from spring to summer crops now and this morning we planted out six peppers that have been nurtured up till now in mini-greenhouses on the balconies. These first six plants are of a variety that we call A and A Spanish as the seeds originally came from our friends A and A who had brought an especially tasty red pepper home from Spain a few years ago. 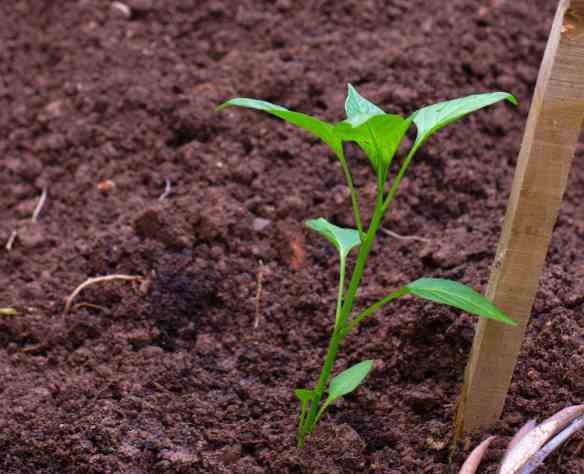 I’m very glad that I sowed two double rows of broad beans last autumn, one in October and another in November, because the second row is now producing huge pods while the first hasn’t finished yet either. In past years I’ve sown one double row in the autumn and then another in February, but I’ve found that the February-sown row never does very well, perhaps because there isn’t enough water for them at crucial times. Autumn-sown broad beans do much better here, as shown by the 4.5 kilos we picked today. 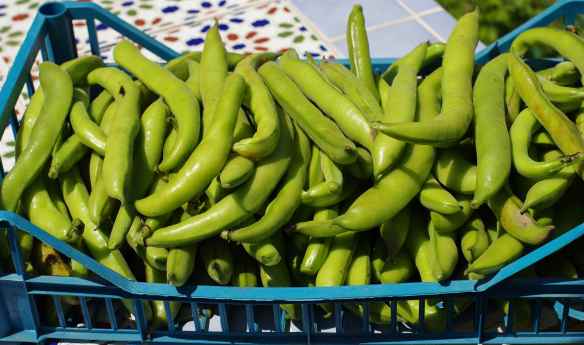 These (most of which will be frozen), another small artichoke, some wild thyme from the garrigue and some wild flowers Lo Jardinièr had brought home to identify made the kitchen table look full of possibilities: 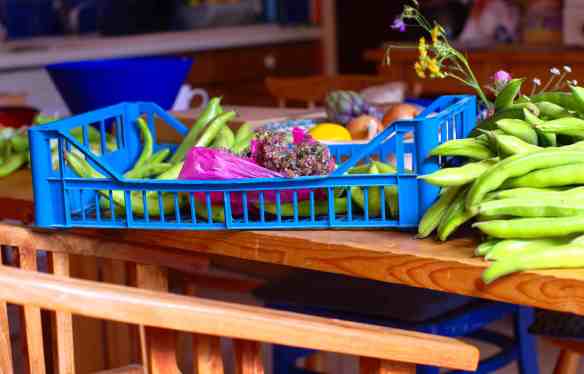 I cooked some of the broad beans straight away for lunch, in an earthenware dish over a low heat in olive oil, adding chopped garlic and oregano leaves and some tomato concentrate, then, once they were cooked which took only 5 minutes, some chopped leftover cooked artichoke hearts. 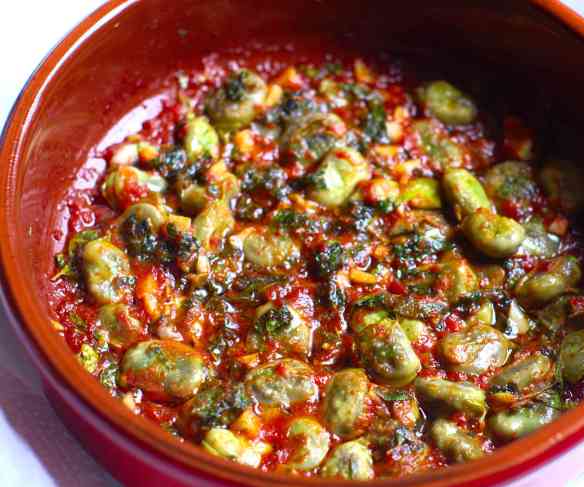 I haven’t participated in this for a few months, but this morning I noticed how many flowers are out in the garden at this time:

Garden bloggers’ bloom day is hosted by Carol at May Dreams Gardens.

Today has been a perfect Languedoc winter day.  The light is so bright here when the sun shines and the air is so clear in winter that everything looks in focus.  Even though it may be only 12 degrees C, the sun feels hot on your face, so long as you’re sheltered from the north wind.

It was market day, so for lunch we’d bought a croustillou (pork rib) for me and a dorade (sea bream) for Lo Jardinièr to eat with freshly picked spinach, rocket and sorrel leaves and a glass of red wine from Domaine de Montesquieu.

It seems strange now to remember how we used to try to persuade our little bay tree to grow in a pot on the terrace in Wales.  Here bay trees grow everywhere, like weeds, and we use the leaves in cooking every day.  One huge bay tree grows in our neighbours’ garden and overhangs the fence just where we want to build a cold frame.  They were there today so we asked if they minded if we cut one of the branches.  ‘Coupez, coupez!’ was the answer, so Lo Jardinièr sawed it down.  There’s still a lovely big tree left, but it won’t shade our cold frame now.

A few hours early, here are some flowers for Garden Bloggers’ Bloom Day:

Garden Bloggers’ Bloom Day is hosted by Carol at May Dreams Gardens.

PS Our order arrived from Seeds of Italy today, so we must get on with making the cold frame!

The only plant in the garden which is flowering at the moment, apart from yesterday’s cauliflower, is the false rocket.  This plant is sown between the rows of vines to be ploughed in as a green manure.  It spreads and self-seeds everywhere, but it is pretty and the leaves are edible, although we don’t eat it as we have enough wild rocket self-seeding in the garden.

Other than that, my contributions to Garden Bloggers’ Bloom day, hosted by Carol at May Dreams Gardens, come from pots outside the house:

Maybe this is cheating a bit, but I think it qualifies for the Buy Sustainably challenge on 1greengeneration.  We wouldn’t actually have gone out and bought a rotavator, but when we were offered one which needed a little attention, and which otherwise was going to be thrown on the dump, we accepted it.  Lo Jardinièr cleaned the valves and the top of the piston, put the engine back together again …. and it works!

It will make cultivating the garden much easier – and we transported it to the garden in the cheap secondhand trailer which we bought jointly to share with our neighbour.  There’s no need to have one of our own – we don’t use it every day.

There aren’t many flowers in the garden at the moment for Garden bloggers’ bloom day (hosted by Carol at May Dreams Gardens) and the ones that are there are mostly weeds, but we’re enjoying … 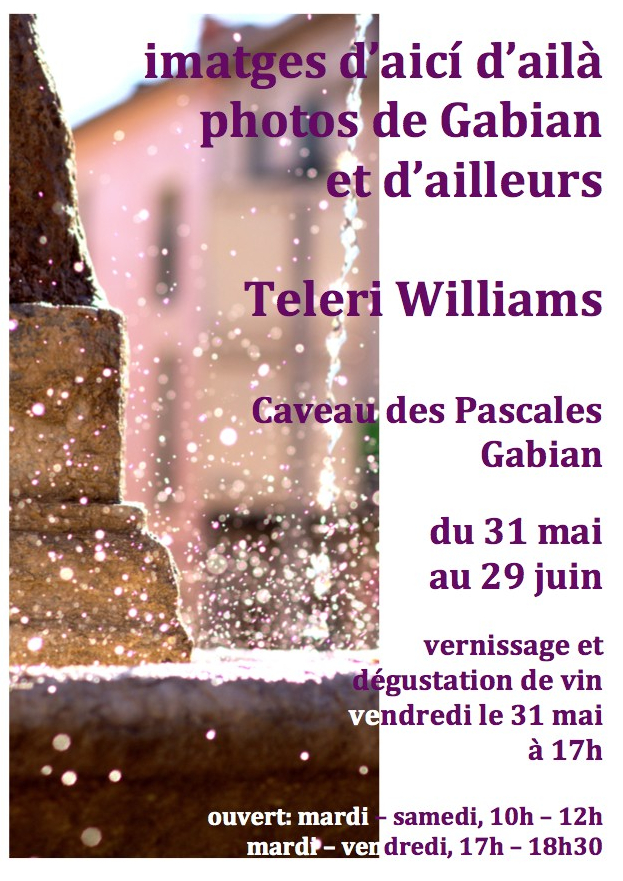